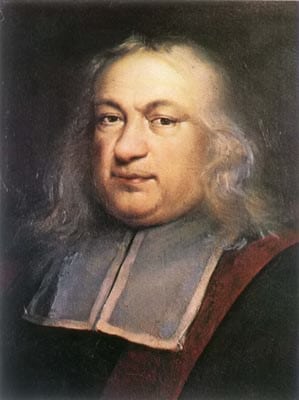 Pierre de Fermat (1601 to January 12, 1665) Though a lawyer by profession, Fermat is one of the great figures in the history of mathematics. He did pioneering work in analytic geometry, independently of and earlier than Descartes, and contributed to the early development of calculus. With Blaise Pascal, and through their extended correspondence on the subject, he helped lay the foundations of the theory of probability.  He also did important work on the theory of numbers and Diophantine equations, where he proposed one of the most famous theorems in the history of mathematics, “Fermat’s Last Theorem,” which was not proved until 1994. In physics, Fermat proposed the “principle of least time” (also called “Fermat’s principle”), which states that light travels between two points on a path which minimizes the travel time. (From this the law of reflection and Snell’s Law of refraction can be derived.) This principle was later generalized (by Maupertuis, Euler, Leibniz, Lagrange, and Hamilton) into the “principle of least action” (more correctly called the “principle of extremal action”), which lies at the heart of all of classical physics. Fermat and his family were devoutly Catholic. Two of his daughters entered religious life and one of his sons became archdeacon of Fimarens.