Learn about our leadership and meet the current board members.

Meet our Board Members

The Board of Directors of The Society of Catholic Scientists consists of nine members: seven ordinary Directors who are scientists, a Liaison, and an Episcopal Moderator.

The Episcopal Moderator, or Bishop Advisor, is Bishop Kevin C. Rhoades of Fort Wayne-South Bend. The eight other Directors are shown here, with short biographies. 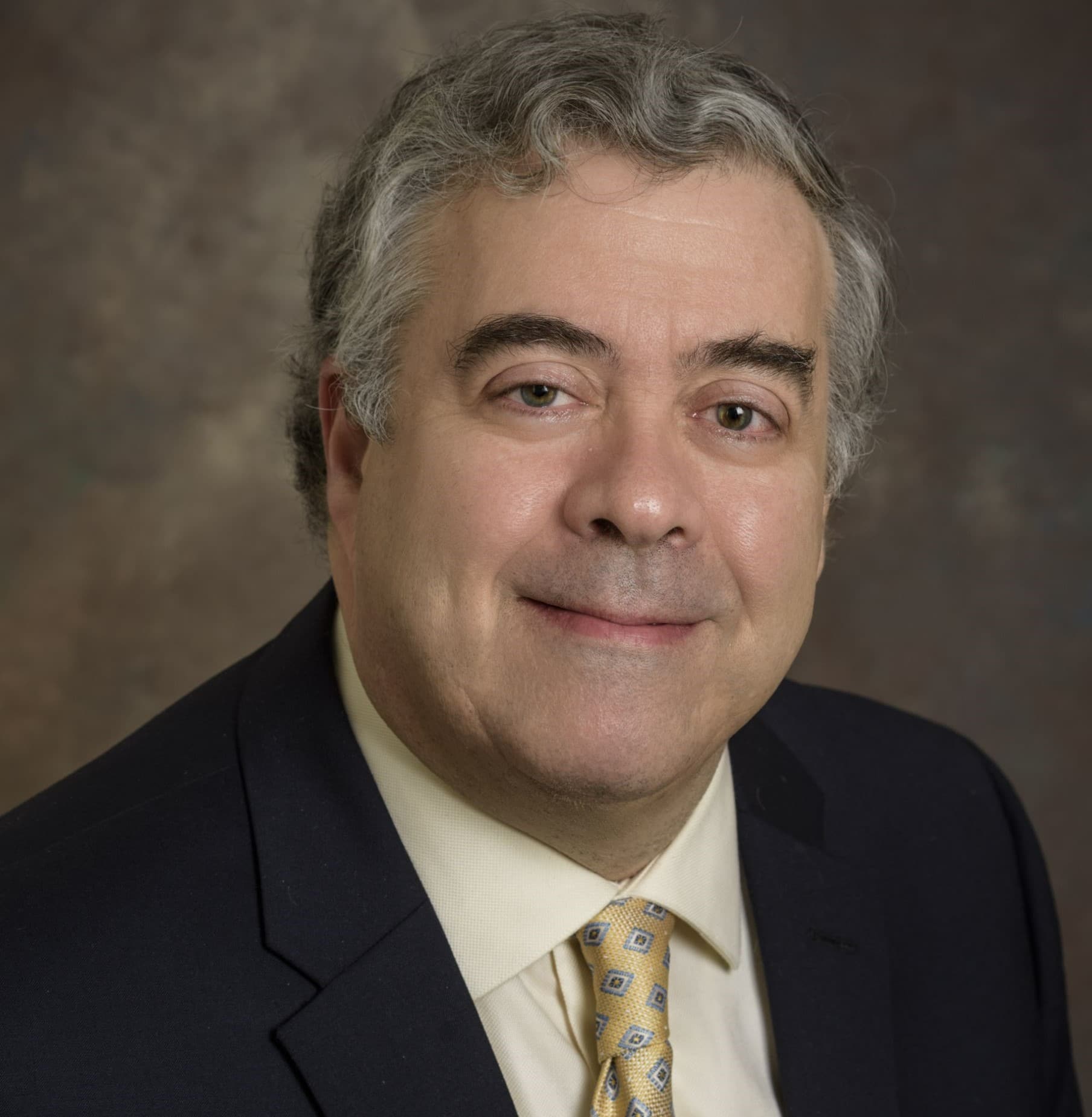 Stephen M. Barr (President, SCS) is Professor Emeritus in the Department of Physics and Astronomy of the University of Delaware and former Director of its Bartol Research Institute.  (Ph.D. Physics 1978, Princeton University) Prof. Barr does research in theoretical particle physics, especially grand unified theories, theories of CP violation, neutrino oscillations, and particle cosmology. He is a Fellow of the American Physical Society (2011). He is the author of Modern Physics and Ancient Faith (Univ. of Notre Dame Press, 2003). 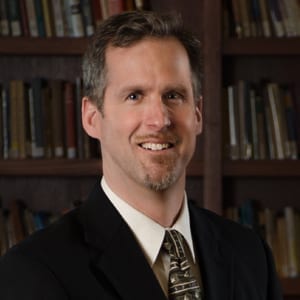 Daniel Kuebler is Dean of the School of Natural and Applied Sciences and Professor of Biology at Franciscan University. (Ph.D. Molecular and Cell Biology 1999, UC Berkeley).  His research involves studying adult stem cells in bone marrow and adipose tissue for use in orthopedic treatments. He teaches courses in evolution, cell biology, and science and faith. He is the co-author of The Evolution Controversy: A Survey of Competing Theories (Baker Academic, 2007), a scientific critique of the various theories of evolutionary thought, and is currently working on a book examining the integration of Catholic teaching and evolution. 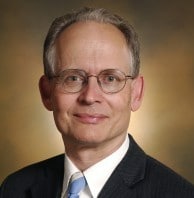 Robert J. Scherrer (Secretary, SCS) is Professor and former Chair of the Department of Physics and Astronomy of Vanderbilt University. (Ph.D. Physics 1986, University of Chicago) Prof. Scherrer does research in theoretical cosmology, especially dark energy, dark matter, big bang nucleosynthesis, and large scale structure of the universe.  He is a Fellow of the American Physical Society (2001), and among other awards is the recipient of the Klopsteg Memorial Award of the American Association of Physics Teachers (2011) and The Ohio State University Alumni Award for Distinguished Teaching (1999). He is the author of Quantum Mechanics, An Accessible Introduction (Addison-Wesley, 2006). 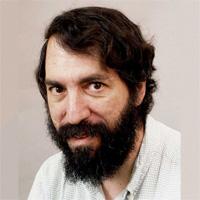 Stephen C. Meredith (Treasurer, SCS) is Professor in the Department of Pathology, the Department of Biochemistry and Molecular Biology, and the Department of Neurology of the University of Chicago. (Ph.D. Biochemistry 1982, Univ. of Chicago; MD 1974, Washington Univ.) Prof. Meredith does research in experimental biology, especially the structure of beta-amyloid fibrils using a combination of solution and solid-state NMR, and other physical methods, notably neutron and x-ray scattering. 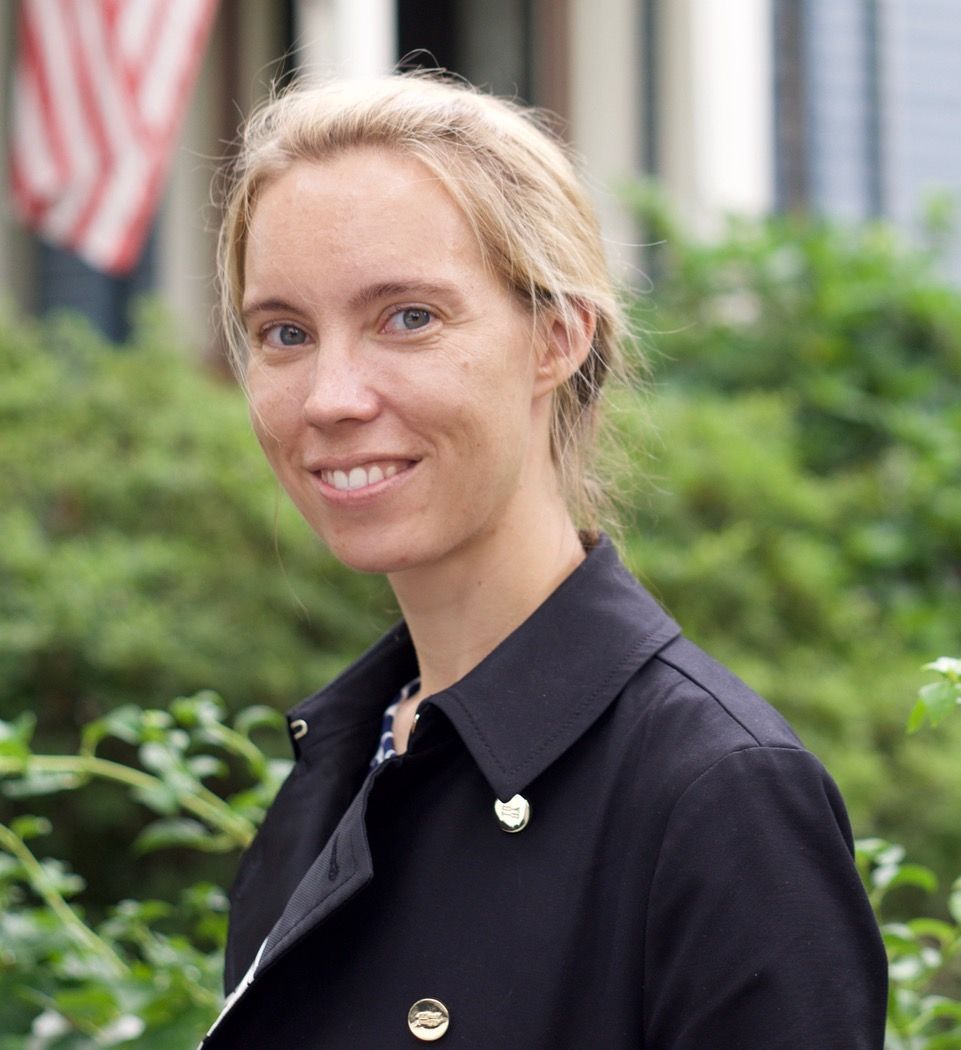 Karin I. Öberg is Professor in the Department of Astronomy of Harvard University (Ph.D. Astrophysics 2009, Univ. of Leiden). Prof. Öberg does research in astrophysics/astrochemistry, especially the impact of chemistry on planet formation, including the compositions of nascent planets. Among other awards she is the recipient of the AAS Newton Lacy Pierce Prize (2016), the Packard Fellowship (2014), and the Alfred P. Sloan Fellowship (2014). 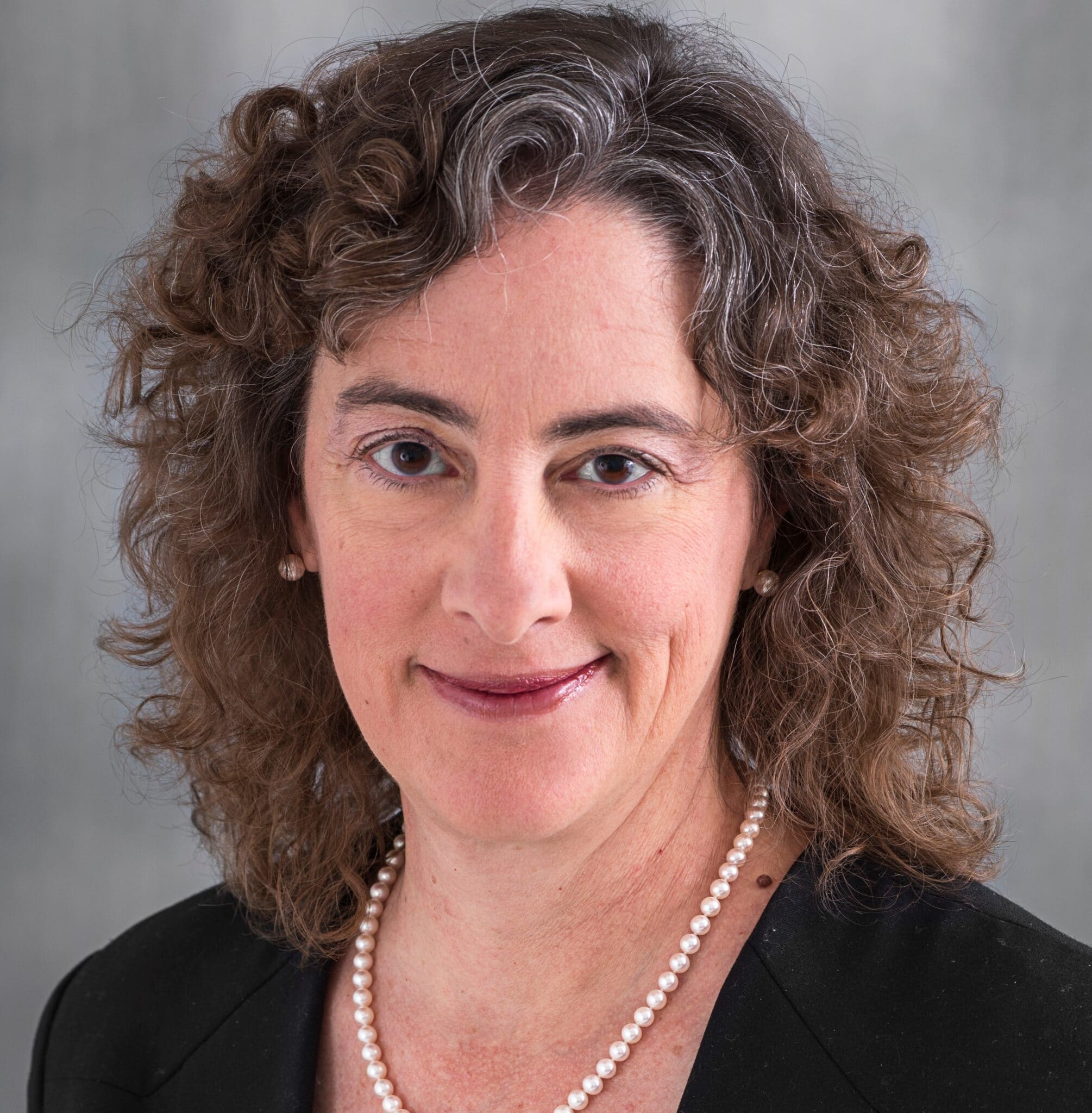 Maureen Condic is Associate Professor of Neurobiology at the University of Utah with an adjunct appointment in Pediatrics and teaches Embryology in the Medical School. (Ph.D., 1989, UC Berkeley) Her research focuses on the role of stem cells in development and regeneration and has been recognized by both the Basil O’Connor and the McKnight awards. She is currently a member of Pontifical Academy for Life, and in 2018 was appointed to the (U.S.) National Science Board. Dr. Condic is co-author of Human Embryos, Human Beings: A Scientific and Philosophical Approach (CUA Press, 2018) and author of Untangling Twinning (2019). 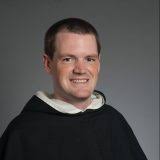 Fr. Thomas Davenport, O.P. is on the faculty of the Pontifical University of St. Thomas Aquinas (the Angelicum) in Rome. (Ph.D.  Physics 2010, Stanford University) Before joining the Dominican Order, he received a bachelors degree in physics from Caltech and then his doctorate in theoretical particle physics at Stanford, writing and testing simulations for high energy particle colliders like the LHC at CERN. He earned a Licentiate in Philosophy from the Catholic University of America, focusing on the philosophy of science and natural philosophy. After ordination to the priesthood, he taught physics at Providence College. At the Angelicum he teaches philosophy and works on an international project on Science and Religion as part of the Thomistic Institute. 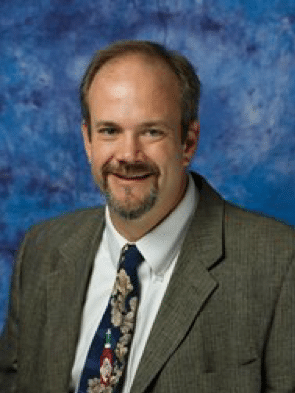 Christopher T. Baglow (Liaison) is the Director of the Science and Religion Initiative of the McGrath Institute for Church Life of the University of Notre Dame. (Ph.D. Theology 2000, Duquesne University) Since 2005, Prof. Baglow has directed numerous programs for faith-science integration at Catholic high schools, and is Director of Foundations New Orleans, a week-long summer seminar for Catholic high school science and religion teachers. Prof. Baglow is the author of the landmark high-school textbook Faith, Science and Reason: Theology on the Cutting Edge (Midwest Theological Forum, 1st ed. 2009, 2nd ed. 2020). 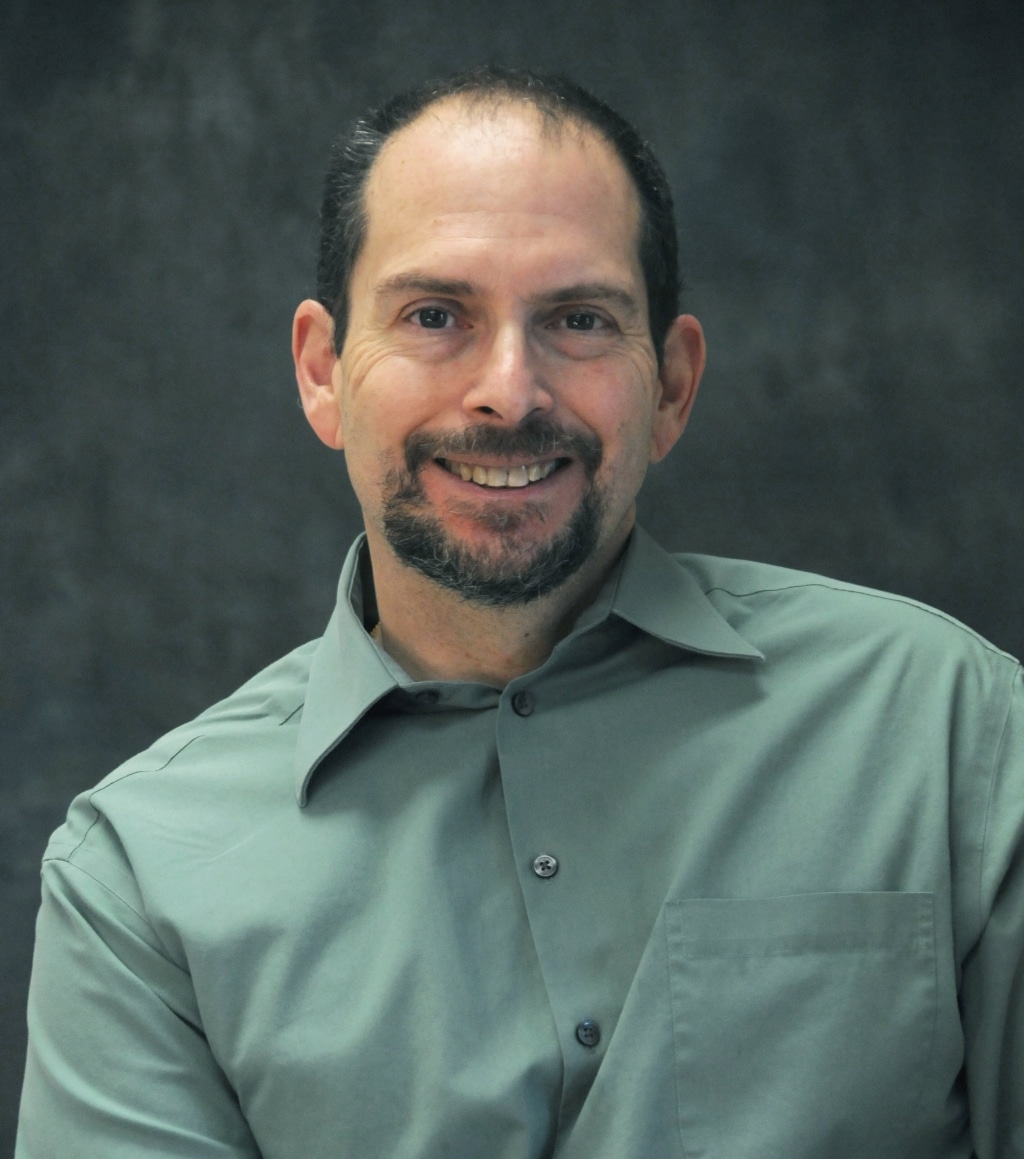 Jonathan I. Lunine (Former Vice-President, SCS) is David C. Duncan Professor in the Physical Sciences of Cornell University and Chair of the Department of Astronomy.  (Ph.D.  Planetary Science 1985, Caltech) Prof. Lunine does research in astrophysics, planetary science and astrobiology. He is a member of the U.S. National Academy of Sciences, and among other awards is the recipient of the Jean Dominique Cassini Medal of the European Geosciences Union (2015) and the Basic Sciences Award of the Int. Academy of Astronautics (2009).  He is the author of Astrobiology, A Multidisciplinary Approach (Pearson Addison-Wesley, 2005) and Earth: Evolution of a Habitable World (2nd ed., Cambridge Univ. Press, 2013). 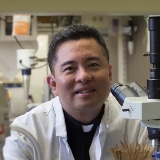 Nicanor Austriaco, O.P. is Professor in the Department of Biology of Providence College (Ph.D. Biology 1996, MIT) Prof. Austriaco does research in experimental molecular biology, especially programmed cell death in unicellular eukaryotes. He is a priest of the Order of Preachers (Dominicans) and also has a doctorate in theology from the Univ. of Fribourg in Switzerland. Among other distinctions he is an investigator in the NIH-Rhode Island Idea Network of Biomedical Research Excellence Program. He is the author of Biomedicine and Beatitude: An Introduction to Catholic Bioethics (CUA Press, 2011).