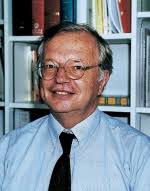 Xavier Le Pichon (born June 18, 1937) Le Pichon is a French geophysicist whose comprehensive model of the motion of the plates of the earth’s crust provided decisive confirmation of the theory of plate tectonics and continental drift. Since the 1500s numerous scientists and others had noticed how the land masses on the two sides of the Atlantic seemed to fit together and had speculated that the continents had moved apart. The “continental drift” idea was promoted vigorously in the early twentieth century by Alfred Wegener, who adduced a variety of evidence, including similarity of geological features and fossils at corresponding locations in Africa and South America.  The theory was generally rejected by scientists, however, due to a lack of any convincing mechanism for the motion of continents. In the late 1950s and early 1960s, strong evidence of the spreading of sea floors was discovered, leading to the theory of “plate tectonics,” which says that the crust of the earth is made up of distinct floating plates that are moved by convective flows in the underlying mantle. By 1967, this theory was becoming generally accepted. A decisive development was the demonstration by Le Pichon, with a comprehensive computer model of the earth’s plates that used large data sets, that the rate at which new crust was being created at “divergent boundaries” was equal to the rate at which crust was being destroyed at “convergent boundaries.” Le Pichon received numerous prestigious prizes and awards for his work, including the Maurice Ewing Medal from the American Geophysical Union, The Wollaston Medal of the Geological Society of London, membership in the French Académie des Sciences, and election as a foreign associate of the (U.S.) National Academy of Sciences. Le Pichon is a devout lifelong Catholic. Since 2003, he has lived in an intentional community he and his family helped found to provide retreat for families caring for a loved one with mental illness. Before that, for nearly three decades, he and his wife raised their six children at the original French L’Arche community, centered around people with mental disabilities.