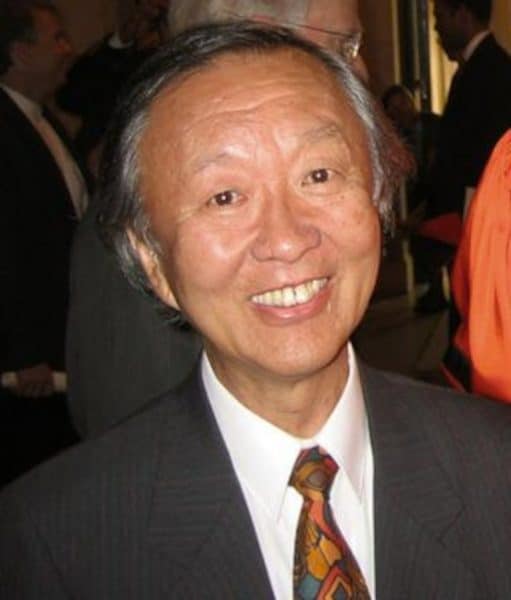 Sir Charles Kuen Kao (November 4, 1933 to September 23, 2018) Charles K. Kao was a Chinese-British-American electrical engineer and physicist who was awarded the 2009 Nobel Prize in Physics for “groundbreaking achievements concerning the transmission of light in fibers for optical communication.”

Kao was born in Shanghai, but his family moved to Hong Kong when he was 15.  It was there that he completed his high school education at St. Joseph’s College, a Catholic institution founded in 1875.  He then went to England to attend Woolwich Polytechnic and then pursue graduate studies at University of London, from which he received his PhD in electrical engineering in 1965.  While still a graduate student he began working in the optical communications team at the Standard Telecommunication Laboratories in Harlow, England. There he had some of the visionary ideas that would lead to a revolution in telecommunications.  At that time, long-distance transfer of information was mainly done electrically through copper wires.  Kao realized that, in theory, it could be done much more effectively and cheaply by means of light signals sent through glass fibers (so-called “optical fibers”).  Until Kao’s work, this had not been regarded as feasible because light could only travel short distances in the optical fibers that existed at that time.  Signals would “attenuate” rapidly, decreasing in power by a factor of ten after typically traveling only ten meters or so.  This attenuation was generally believed to be caused by fundamental physical effects that could not be avoided.  However, Kao was able to show that the real reason for the high attenuation was the presence of impurities in the glass and that if such impurities were absent optical signals could be transmitted through glass fibers for many kilometers.  Moreover, he discovered that fibers made from fused silica (SiO2) could be made pure enough and therefore transparent enough to allow long range transmission of information.  Over the following decades he made many further important contributions to various aspects of telecommunications technology, first at the Standard Telecommunications Laboratory in the U.K., and then at the Chinese University of Hong Kong and at ITT in the U.S.  For his pioneering work he has been called “the father of optical fiber telecommunications.”  In the words of one expert, “He really enabled modern life. All the communications we use — from mobile phones to the internet — are down to Charlie Kao’s fantastic observations. Without him, the world would be a very different place.”

He received many honors in addition to the Nobel Prize in Physics. He was knighted by Queen Elizabeth II; elected a Fellow of the Royal Society; received the Faraday Medal (1989) and the Alexander Graham Bell Medal (1985); and was awarded honorary professorships and doctorates from many universities around the world.

Charles Kuen Kao converted to the Catholic faith in his youth.  In his autobiography, A Time and a Tide, he wrote, “My five years in Catholic school were an important revelation. I was deeply influenced by the sincerity of the Jesuits and I began to view religion as my own personal confessional” and he mentioned that in college he joined and did work for Catholic student groups, where he organized theological debates and discussions.  Despite his fame and great achievements, he was remembered at his death as a humble, self-effacing man of cheerful personality.

Copyright inforation on the icture of Sir Charles Kuen Kao