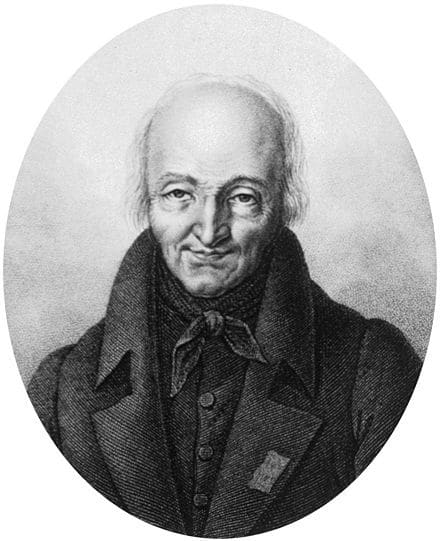 René-Just Haüy (February 28, 1743 – June 3, 1822) Haüy was a French priest and mineralogist, sometimes referred to as the “father of modern crystallography.”  Haüy developed a theory of crystal shapes based on the idea that crystals are made up of fundamental units, which he called “integrant molecules,” arranged in a lattice that is periodic in three directions. He showed that by assuming the number of molecules in successive layers changed by constant increments he could explain all the angles that crystal faces made with each other.  The mathematical rule he derived was essentially equivalent to what is now called the “law of simple rational intercepts,” which is the fundamental law of geometric crystallography. He gave a systematic classification of all then-known minerals by their geometric properties. Haüy’s ideas were very influential and their validity and physical basis were eventually established in the early twentieth century by use of X-ray diffraction.  During the French Revolution, Haüy refused, as a faithful priest, to take an oath accepting the Civil Constitution of the Clergy, a law by which the revolutionary government took control of the Catholic Church.  For this he was thrown into jail, but managed to survive the September Massacres, in which many Catholic clergy were put to death.