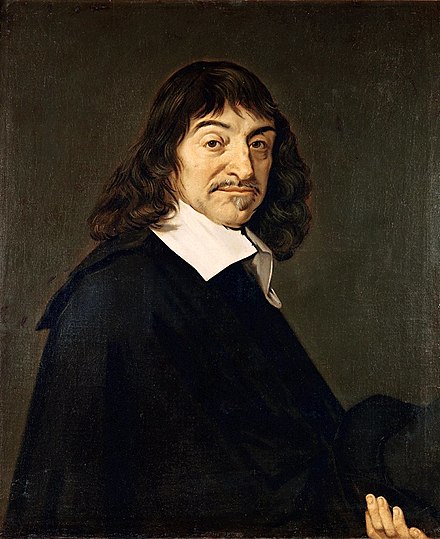 René Descartes  (March 31, 1596 to February 11, 1650) Descartes was a pivotal figure in the Scientific Revolution, as well as in the history of mathematics and philosophy.  His greatest contribution was the founding of analytic geometry, i.e. the use of “coordinates” to study geometry. This allows many geometrical facts and relationships to be expressed and derived algebraically. It is an enormously powerful approach which is heavily used throughout the physical sciences and has been indispensable in their development. The most commonly used coordinates are “Cartesian coordinates” (“Cartesian” being the adjectival form of the name Descartes).  Descartes developed his own theory of physics. Though it was wrong in most of its particulars, and was superseded by Newtonian physics, it was an important attempt to develop a general mathematical theory of physics, and it did contain an early form of the principle of conservation of momentum.  Descartes is considered the founder of modern philosophy.  His philosophical method, often called the method of “universal doubt,” was to set aside anything that can be doubted in order to find absolutely undoubtable truths (such as one’s own existence) upon which to base one’s philosophy (including science).  His “methodical doubt” did not lead Descartes to religious skepticism, however.  In his philosophical system, the truthfulness of God is the ultimate guarantee of the truthfulness and reliability of the human capacity to know and reason, which come from God. Descartes gave what he regarded as certain proofs of God’s existence.  Descartes also maintained the reality of the human spiritual soul as the non-material principle of thought and will in humans. Descartes always insisted that he was a devout and orthodox Catholic (and there is no evidence to the contrary), even though his philosophical method and system were (and still are) criticized by some Catholic philosophers.