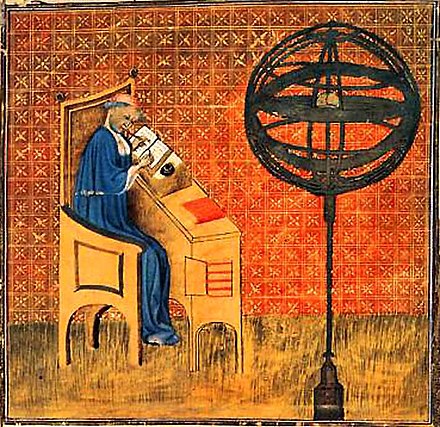 Nicole Oresme (aka Nicolas Oresme) (ca. 1320 to July 11, 1382) Oresme was bishop of the City of Lisieux in France and a scientist of remarkable brilliance and originality. He was also remarkably broad in his interests and accomplishments. He made contributions to musicology, psychology, physics, and mathematics, and is considered the greatest economist of the Middle Ages.  In mathematics, Oresme discovered the rules for combining exponents, even discussing fractional and irrational exponents.  He gave the first proof that the harmonic series (1 + 1/2 + 1/3 + …) diverges. He developed the use of simple graphs to plot physical quantities, thus anticipating by three centuries some of the ideas of Cartesian analytic geometry. He used such graphical methods to prove the “Merton theorem,” which gives the distance traversed by a uniformly accelerating body.  Oresme speculated that falling bodies accelerate uniformly, so that the speed of a falling body is proportional to the time it has fallen, which is correct and equivalent to the famous “law of falling bodies,” which Galileo discovered experimentally almost three hundred years later. Oresme argued that the apparent motion of the stars could be explained by the earth’s rotation on its axis, and the analysis by which he refuted common physical objections to this was superior in some ways to those later given by Copernicus and Galileo, because he understood how to decompose motion into horizontal and vertical components.  Oresme fought vigorously against astrology. He also argued for a naturalistic approach within science, writing that in explaining strange phenomena, “there is no reason to take recourse to the heavens …, or to demons, or to our glorious God, as if he would produce these effects directly, any more than [he directly produces] those effects whose [natural] causes we believe are well known to us.”