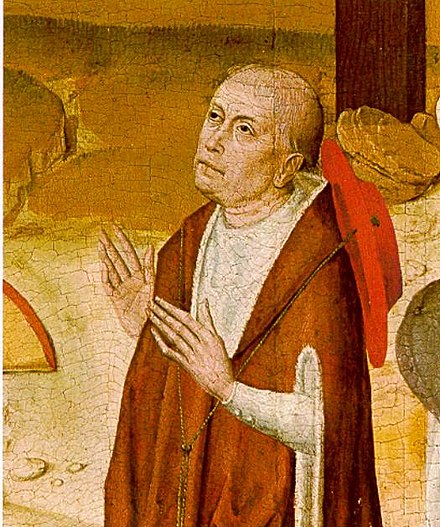 Nicholas of Cusa   (1401 to August 11, 1464)  Nicholas of Cusa (or Nicolaus Cusanus) was a German Cardinal who died nine years before Copernicus was born.  He was an important figure in the history of medieval philosophy. In fact, he was really more of a theologian and philosopher than a scientist.  For theological and philosophical reasons, Cusa suggested that the universe is infinitely large and has no center and that all bodies in the universe, including both the earth and the sun, are in motion in infinite space.  He also speculated about the existence of intelligent life on other planets and celestial bodies and thought it was probable due to God’s creativity. Historians of science rightly admire the boldness of Copernicus and Galileo in suggesting that the earth was in motion and that the sun rather than the earth was at the center of the universe, and rightly disapprove of those who rashly condemned these ideas.  Yet it is not often realized that even before Copernicus, Cardinal Nicholas of Cusa had proposed even bolder and more modern ideas.

Copyright Information on Picture of Nicolas of Cusa  Nicholas of Cusa, by Master of the Life of the Virgin