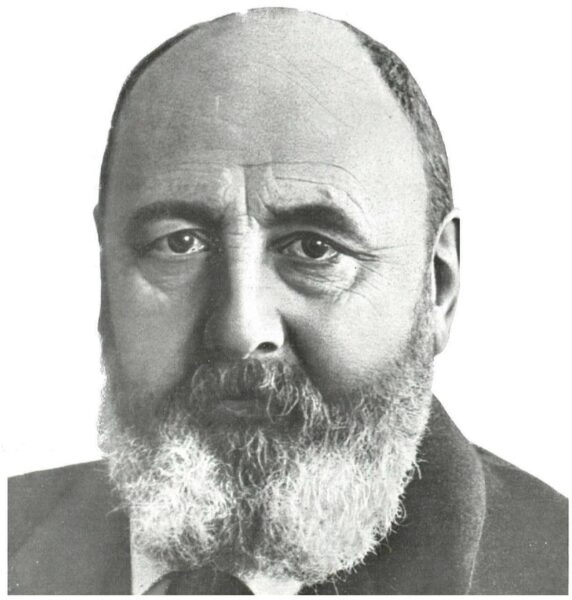 Leonardo Torres y Quevedo (Dec 28, 1852 to Dec 18, 1936) was a Spanish civil engineer, inventor and mathematician who was a pioneer in automatic calculating machines and remote control.  In the field of mathematics, he published in 1893 his “Memory on Algebraic Machines,” in which he demonstrated the theoretical possibility of mechanical devices that could solve algebraic equations of any degree, something unprecedented.  Earlier scientists, including Lagrange, had missed the idea that such a device would require the use of mechanisms such as disks or spindles that would allow mathematical variables to increase or decrease in an unlimited way.  Thus, Torres was even able to design machines that could do calculations of complex numbers, solve equations of the second degree and also some special types of differential equations of the first order.  He advanced beyond the work of Charles Babbage and the purely mechanical calculating machines of the 19th century by building an electromechanical “arithmometer” in 1920.  It was in some respects a forerunner of the modern computer. It consisted of a memory, an arithmetic-logical unit that included a totalizer, multiplier and comparator, and a control unit with which to choose the type of operation. The data for the operations were entered through a keyboard and the results were printed on paper.  Torres built a chess-playing automaton that he called “El Ajedrecista” (The Chessplayer), which debuted in 1914 at the University of Paris.  It was able to play correctly endgames of king and rook vs. king from any position, without human intervention.  Torres was also a pioneer in the field of remote control, with a device he called the ”telekino,” which was more advanced than the earlier remote control devices developed by Nicola Tesla.  In 2007, the IEEE (Institute of Electrical and Electronic Engineers) dedicated a Milestone in Electrical Engineering and Computing to the telekino.  Torres also did work on the design and control of airships and cable cars.  One cable car that he designed and was constructed in 1914-6 is still in operation in the 21st century: the Spanish Aerocar that goes over Niagara Falls.

In addition to his technical work, Torres also stood out in the field of letters, coming to occupy the chair of the famous writer Benito Pérez Galdós at the Royal Spanish Academy of Language. But above all, he was a devout Catholic who marveled at reading the catechism and who used to take communion every First Friday of the month, in accordance with what was indicated in the apparitions of the Sacred Heart of Jesus to Saint Margaret of Alacoque.