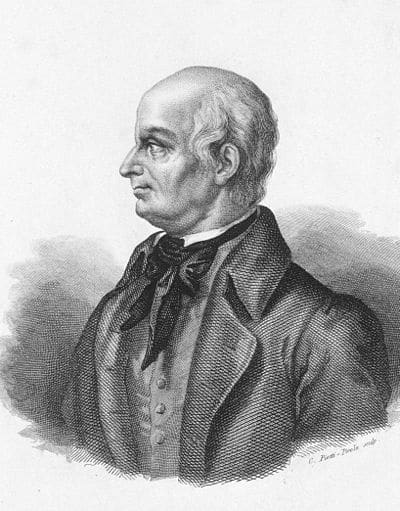 Lazzaro Spallanzani  (January 10, 1729 to February 12, 1799) Spallanzani is regarded as one of the leading biologists of the eighteenth century. In 1754, he became a professor of logic, metaphysics and Greek at the University of Reggio, but for the last 30 years of his life was professor of natural history at the University of Pavia. In 1762, he was ordained to the priesthood (and thenceforth was generally referred to as Abbé or Abate Spallanzani). His scientific investigations spanned an astonishingly wide range, including reproduction in mammals, the dynamics of blood circulation, digestion, regeneration of limbs in lower animals, respiration in plants and animals, and echolocation in bats, as well as vulcanology and meteorology. He showed that fertilization in mammals results from the combination of semen and ovum, and he was the first to perform in vitro fertilization and artificial insemination (with animals). He showed that the process of digestion involves the chemical solution of food by the action of gastric acid.  He disproved the widespread idea of “spontaneous generation” of life from inanimate matter; and when Louis Pasteur had to do the same thing a century later, he based his own famous experiments on those of Spallanzani.  Spallanzani was elected a Fellow of the Royal Society in 1768, one of the highest honors in science then as now.