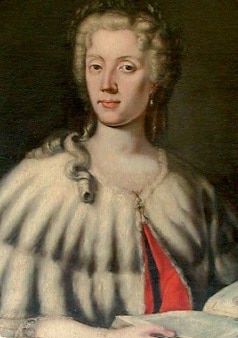 Laura Bassi  (October 29-31, 1711 to February 20, 1778) Bassi was an Italian physicist who helped promote interest in Newtonian physics in Italy, and was the first woman to hold the rank of professor at a university.  At the age of twenty she was appointed to the chair of physics at the University of Bologna.  As she was not allowed to teach regularly at the university, she started to give private lessons, giving courses on Newtonian physics for 28 years. One of her patrons, who encouraged her study of science and promoted her academic career, was Cardinal Lambertini (later Pope Benedict XIV). In 1745, Pope Benedict XIV started an elite group of 25 scholars known as the “Benedettini,” and, over the objections of some of the other members to including a woman, made Bassi a member of it.  Bassi carried on correspondence with many of the most eminent scholars and literary figures of Europe, including Lazzaro Spallanzani, Rudjer Boscović, Alessandro Volta, and Voltaire.