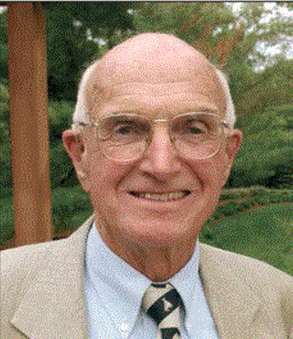 Joseph Edward Murray (April 1, 1919 to November 26, 2012) Joseph Murray was an American plastic surgeon who won the 1990 Nobel Prize in Physiology or Medicine with E. Donnell Thomas for their work in “organ and cell transplantation in the treatment of human disease.” Murray grew up in Massachusetts. After receiving his medical degree from Harvard Medical School, and while still an intern, he was drafted into the US Army Medical Corps.  There he served in a plastic surgery unit reconstructing the disfigured hands and faces of soldiers wounded in World War II.  After his military service, Murray completed his medical training, becoming a surgeon at the Harvard-affiliated Peter Bent Brigham Hospital. There he achieved fame for his work in organ and tissue transplantation and reconstructive surgery. Among his celebrated accomplishments was performing the first successful human kidney transplant, in 1954; the first successful “allograft” (i.e. the transplanting of tissue from a donor to a recipient who is not genetically identical), in 1959; and the first successful transplant of a kidney from a cadaver, in 1962.  As important as his pioneering work in organ transplantation was, Murray derived his greatest satisfaction from his work as a plastic surgeon, repairing severe injuries and deformities, and thereby restoring not only the bodies but the lives and even the souls of his patients, as he recounted in his autobiography, Surgery of the Soul: Reflections on a Curious Career.  Murray received many honors in his lifetime besides the Nobel Prize, including being made a member of the (U.S.) National Academy of Sciences, a fellow of the American College of Surgeons, and an honorary fellow of the royal colleges of surgery of England, Ireland, Edinburgh (Scotland), Belgium, Canada, Australia, and Singapore.

Murray was a devout life-long Catholic.  He once told an interviewer, “Work is a prayer, and I start off every morning dedicating it to our Creator.”