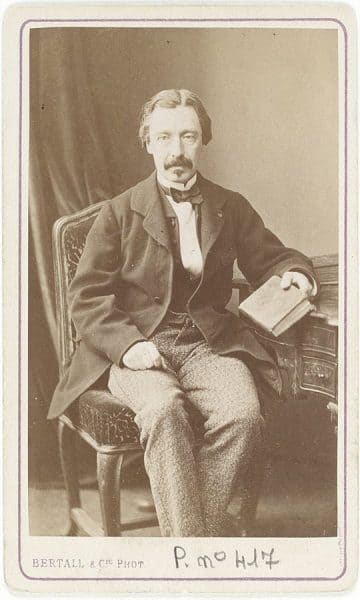 Jean-Bernard-Léon Foucault (September 18, 1819 to February 11, 1868) Foucault was a French experimental physicist who is most famous for inventing the “Foucault pendulum,” which demonstrates the rotation of the earth.  Foucault and Fizeau, working independently, were the first to make accurate direct measurements of the speed of light.  (An accurate indirect measurement using stellar aberration was made in 1729 by James Bradley.) In 1849, Fizeau measured c with an error of 5.1%.  Foucault measured it in 1850, and by 1862 had achieved an accuracy of 0.6%.  In 1851, Foucault created an enormous sensation with his demonstration of the Foucault pendulum in Paris. In 1855, Foucault discovered the phenomenon of eddy currents (electrical currents induced in pieces of metal moving through inhomogeneous magnetic fields), also called “Foucault currents.”  In 1855, he received the Copley Medal of the Royal Society of London for “his very remarkable experimental researches.” For most of his adult life, Foucault appeared indifferent to religion. But in 1867 he became gravely ill (possibly with rapidly developing multiple sclerosis) and returned to the Catholic faith of his youth, which brought him consolation and peace. As his illness advanced, he became increasingly devout. He died at the age of 48.