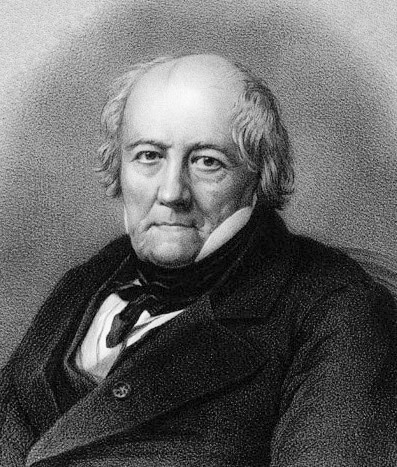 Jean-Baptiste Biot (April 21, 1774 to February 3, 1862) Biot was a French physicist, who is most famous for discovering (along with Félix Savart) the Biot-Savart Law, the basic law of magnetostatics that gives the magnetic field produced by a constant electrical current.  Biot and Savart discovered and published this law in 1820.  The Biot-Savart Law combined with the Lorentz Force Law implies Ampère’s Law, which describes the force between two constant electrical currents.  Biot also did important work in optics, in particular on the phenomenon of “optical rotation” (also called “optical activity”) which is the rotation of the polarization direction of light as it passes through certain media. Biot showed that the liquids and vapors of certain organic substances exhibit optical rotation. Biot also did a careful investigation in 1803 of meteorites found in France that convinced most scientists that they resulted from meteors and had an extraterrestrial origin.  For most of his adult life, Biot was indifferent to religion or was vaguely deistic, but for the last 30 years of his life was a practicing Catholic. He is said to have received the Sacrament of Confirmation late in life from his own grandson, who had entered the priesthood.