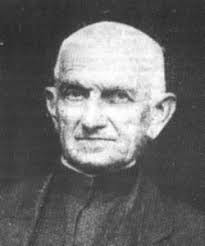 Fényi Gyula, S.J. (or Julius Fényi) (January 8, 1845 to December 21, 1927)  Fényi was a Hungarian Jesuit priest and astronomer, known for his studies of solar prominences, which are arched clouds of ionized gas extending from the Sun’s surface. (Fényi is his family name, which in Hungarian comes first.)  In 1885, Fényi became director of the Haynald Observatory in Kalocsa, Hungary. He made extensive observations of the sun over a period of nearly forty years, including spectroscopic studies of solar prominences. He was the first to show a correlation between the number of solar prominences and the number of sunspots.