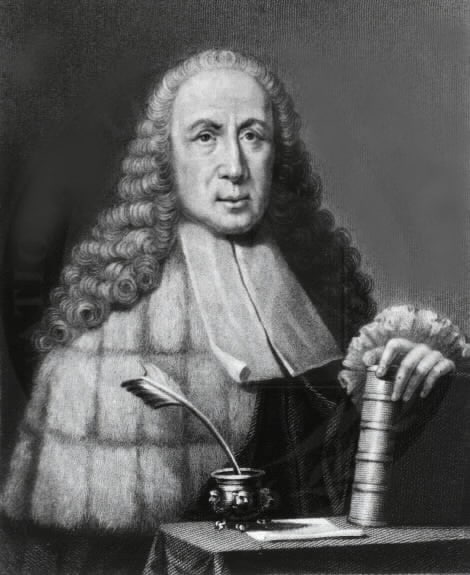 Giovanni Battista Morgagni (February 25, 1682 to December 6, 1771)  Morgagni was an Italian anatomist and pathologist who is considered the founder of anatomical pathology.  Before Morgagni, anatomical knowledge had reached a high level as the result of the research of Vesalius and many others, but it was mainly knowledge of healthy human bodies.  Morgagni undertook to study diseased organs and parts with the goal of understanding the origin of illnesses.  In 1761, he published his monumental treatise De Sedibus et Causis Morborum per Anatomem Indigatis (“On the Seats and Causes of Diseases Investigated through Anatomy”)  based on 646 dissections, many of which it describes with great precision and detail.  This work had an enormous impact and was translated from the original Latin into French, English, and German. Morgagni, who was professor of anatomy at the University of Padua for 56 years, was one of the most respected scientists of his time and was elected a fellow of the Royal Society of London in 1724, the Académie des Sciences of Paris in 1731, and other scientific societies throughout Europe. Morgagni had ten children who survived to adulthood, of whom eight became nuns, one became a Jesuit priest, and one entered the medical profession.