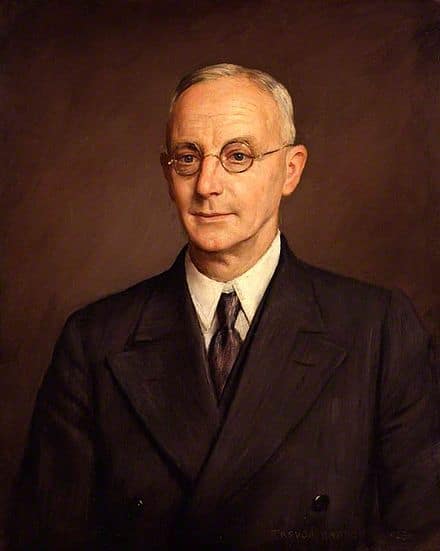 Edmund T. Whittaker (October 24, 1873 to March 24, 1956) Whittaker was an English mathematician, physicist, and historian of science. He is most remembered as the author of one of the most widely used mathematical treatises in history, A Course in Mathematical Analysis, colloquially known by physicists and mathematicians simply as “Whittaker and Watson.”  First issued in 1902 with Whittaker as sole author, subsequent editions were co-authored by his former doctoral student G.N. Watson. Whittaker and Watson’s book was heavily used as both a textbook and reference work by several generations of scientists and has remained in print for over a century.  In mathematical research, Whittaker made contributions primarily in the areas of applied mathematics, differential equations and the theory of “special functions” (such as Bessel functions and hypergeometric functions). In 1954, he was awarded the Copley Medal by the Royal Society “for his distinguished contributions to both pure and applied mathematics and to theoretical physics.” He was the doctoral advisor of the famous mathematician G.H. Hardy. Whittaker did important work in the history of science; his A History of the Theories of Aether and Electricity is considered a classic.  Whittaker converted to the Catholic Faith in 1930. He became a member of the Pontifical Academy of Sciences in 1936.  It is considered probable that Whittaker helped Pope Pius XII draft his famous 1951 address to the Pontifical Academy of Sciences in which the pope noted with great satisfaction that scientific evidence from a variety of fields was converging on the conclusion that the universe had a temporal beginning several billion years ago.  After surveying the scientific evidence, the pope directly quoted Whittaker, who wrote, “These different estimates converge to the conclusion that there was an epoch about 109 or 1010 years ago, on the further side of which the cosmos, if it existed at all, existed in some form totally unlike anything known to us.” This conclusion is still supported by the science of today, with the time since the Big Bang now estimated to be about 1.4 times 1010 years.  Pope Pius XII saw in this a vindication of the Christian and Jewish belief that the world had a beginning, which until the Big Bang theory had been rejected by many scientists as unscientific.