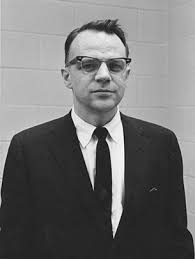 Clemens C.J. Roothaan (August 29, 1918 to June 11, 2019) Clemens Roothaan was an American physicist most famous for developing a method for calculating atomic and molecular wave functions that leads to the so-called Hartree-Fock-Roothaan equations.  He also played an important part in the development of supercomputers. He was born in Holland and studied electrical engineering at Delft University of Technology. His studies were interrupted by the outbreak of World War II. He and his brother were sent by the Nazis to the Vught concentration camp for involvement with the Dutch Resistance.  Later they were transferred to the Sachsenhausen concentration camp in Germany.  Near the end of the war, the inmates of that camp, including the Roothaan brothers, were sent on a “death march,” which Clemens’s brother did not survive. After the war, Clemens emigrated to the United States. He received his PhD from the University of Chicago, where he remained as a professor until 1988. Roothaan returned to the practice of the Catholic faith in 2014, after being away from it for many decades.   A year after his return to the Church, his wife of more than six decades, Judith, who was Jewish but not a believer, came to faith and was received into the Catholic Church. Clemens Roothaan’s great-great-great uncle, Jan Philipp Roothaan, was the Superior General of the Jesuit order from 1829 to 1853.  A year before his death, Clemens Roothaan became a member of the Society of Catholic Scientists.