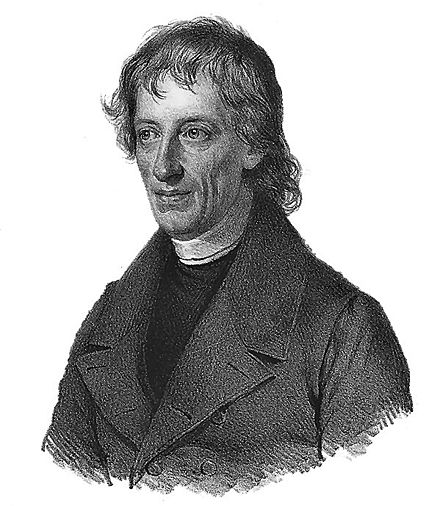 Bernard Bolzano (October 5, 1781 to  December 18, 1848) Bolzano was a Bohemian priest, mathematician, logician, philosopher and theologian. He is most famous for his contributions to putting calculus and mathematical analysis on a more rigorous foundation, as well as for his work in logic. In Bolzano’s time, mathematicians, when dealing with real and complex numbers, functions, differentiation, integration, etc., relied largely on intuition and loose concepts (such as “infinitesimals”) rather than on logical rigor and sharply defined concepts. Bolzano made major advances in this area. Among his achievements are providing rigorous and modern definitions of the concepts of “limit” and “continuity,” giving the first purely analytic proofs of the “mean value theorem” and the “fundamental theorem of algebra,” and formulating and proving the Bolzano-Weierstrass Theorem. The Bolzano Function (which is continuous but nowhere differentiable) is also named after him. Much of Bolzano’s work in mathematics, set theory, and logic was not known during his lifetime and only came to light decades later, when it was realized that he had anticipated many important results of Weierstrass and others.  Bolzano’s work on infinite sets and logic was ahead of its time and much admired by later mathematicians and logicians, including Charles Sanders Peirce, Georg Cantor, and Richard Dedekind.  The Stanford Encyclopedia of Philosophy says that Bolzano “was an outstanding mathematician and one of the greatest logicians or even (as some would have it) the greatest logician who lived in the long stretch of time between Leibniz and Frege.” Bolzano entered the priesthood in 1805 and taught philosophy of religion at the University of Prague, until deposed from his position on Dec 24, 1819, by the imperial government in Vienna because of his views on war, social rank, and civic obedience. Though he was accused of theological heterodoxy by the government, his orthodoxy was consistently defended by Church authorities, including at one critical point the Archbishop of Prague.