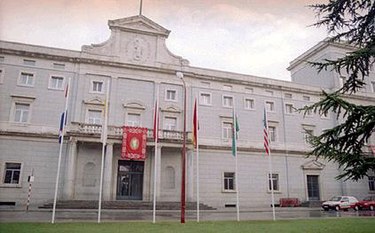 This is the inaugural conference of the Spanish Regional Chapter of SCS (Sección Española de la Society of Catholic Scientists).

It will be held at the Instituto Cultura y Sociedad, in Pamplona, Spain, from 18:30 CEST on September 15 to 18:00 CEST on September 17, 2022.   Information about the conference, including its complete program, can be found on the conference website  https://www.unav.edu/web/congreso-society-catholic-scientists-spain  (English language version : https://en.unav.edu/web/congreso-society-catholic-scientists-spain) The conference talks (all of which, except the first, will be in Spanish) will be live streamed.  Note that the times of the conference given above are in local time, which is Central European Summer Time (CEST) = GMT +2.

Pictures and bios of the speakers can be found HERE.

Location of the conference can be found here:  https://www.unav.edu/web/congreso-society-catholic-scientists-spain/viaje

This conference is partially funded by a generous grant from the John Templeton Foundation.